Being FAIR – data licences in InterMine 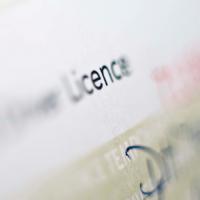 By Julie Sullivan, at InterMine, with an introduction by Raniere Silva, Community Officer, Software Sustainability Institute. Licences in the open source world are a big challenge. In 2015, GitHub reported that only around 20% of the repositories had a licence assigned to them. Julie Sullivan and the InterMine team found similar figures for data on their platform that had clear licence information. Julie wrote the following blog post where she addresses the challenges InterMine faces when displaying licence information to users. This post was originally published at the InterMine blog.
Read More

How Not to Cite Software (and how to be cited)

Open-source licences for people in a hurry

Choosing an open-source licence can be a daunting and time consuming prospect. A new online resource, tl;drLegal should make life a little bit simpler!

How to frustrate your users, annoy other developers and please lawyers

Community update: open science, events and an opportunity to join the team

This is the second blog post highlighting the activities of the Institute over the last month. Today it's the turn of the Community team to talk about their work.

It’s been a busy time as ever in the Community team. We have interesting blog posts published from community members, informative workshops in the pipeline, and some exciting upcoming news about the team. Read on to find out more.

A special workshop on how to choose the right open licence for code and data will take place at this year's EGI Conference, in Lisbon on Tuesday May 19th at 11.00.

The workshop will address the at times contradictory advice presently available from a range of online sources. This advice will be compared and contrasted with the experiences of developers, who will provide a series of 10 minute presentations on a variety of related subjects.

There are a growing number of web pages offering advice on how to choose an open license for data or code. The advice they give is partly conflicting. As part of the EGI Conference 2015 in Lisbon, on Tuesday 19th May at 11:00, a workshop is being held to bring together the authors of such pages and others with expertise in this area to clarify the choices of license available.